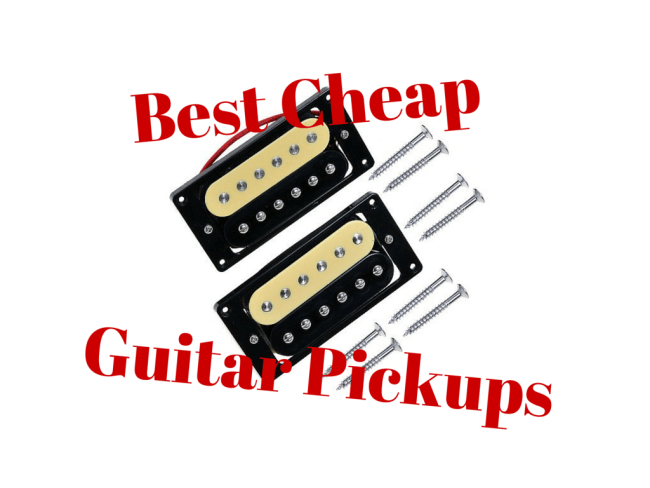 Are you looking for the best Cheap Guitar Pickups?

Hard to say if these cheap pickups are the best but they are pretty damn good!

Hey everyone welcome to another video from electricguitarcity.com.  Today we are going to talk about something a little bit different and that is cheap guitar pickups! In particular we are going to review a set of pickups that we ordered back in December and tried out in one of our guitars.  Let’s go ahead and check out what pickups we are talking about.

Look At These Pickups:

We got these pickups off Amazon and as you can see it says 1 set of 2 zebra faced humbucker double coil pickups.  You can see a picture of them here.  They are pretty standard looking pickups and there they are in all their glory.  You get one neck pickup and one bridge pickup.  And we bought them, well, because they were $15.98 and we thought well why not!  For just shy of $16 we thought hey let’s give these cheap pickups  a try and see if they are any good at all or if they are just junk!

The Reviews Were Favourable:

As we started off looking at them we saw they had 4.1 out of 5 stars.  Most of the reviews were favourable and there were 29 reviews so we thought that seemed like a pretty good indication that these cheap guitar pickups are probably decent if there are 29 other people out there with these humbuckers and the majority of them thought that they are decent enough.

Let’s just check out the product description.  It says these pickups are 100% new, have never been installed and are in excellent condition.  The pickups come complete with the neck and bridge surrounds. It says they are excellent Les Paul alternative humbuckers and they are fully wax potted and sealed with nickel pole pieces which helps to prevent that hum or feedback.  The neck pickup is 8K and the bridge pickup is 15K so a little bit of a hotter or higher output than the pickups that were originally in the guitar that we put these into.

Let’s take a look at a couple of the reviews.  A couple 5 out of 5’s right off the bat.  This guy says he bought these cheap pickups to resurrect an old POS axe for nostalgia and that he was only hoping for something that would make sound but was very surprised that these suckers actually sound really good.  Another guy said he put these cheap guitar pickups in his Tokai LS-65 and that he realized that he loves these things and that he tweaked the heights and he has been happy ever since.  Another 5 out of 5 here and the guy says these pickups are perfection has a price and it’s $15 for this set!  He said he had a tech at Guitar Center install them and both he and the tech were amazed at the sound after replacing the stock epiphone pickups.  Another guy found that one of the pickups didn’t work so he gave a bad rating and sometimes that happens.  This other guy gave 3 stars but his thing is too long to read so you can go read it yourself if you like.  Another guy said these pickups are a waste of time because when he got them he put a meter on both of them and both tested open and that the vendor should not send non working pickups!  Most of them say great buy or looks great, can’t go wrong, awesome, impressed etc.  So most of the reviews are 3 stars and up.

What was I going to say here…the nice thing even though there are some reviews, like on most things on Amazon, that are not great, and actually you can see these pickups have 16 five star, 3 four star and 8 three star reviews so most are four or five star reviews.  But the thing is even if you got a pair that were not working, even though it is a pain,  because these are sold by PSM good but fulfilled by Amazon you are pretty protected and can send them back if things don’t work properly.

We went ahead and ordered them and let’s go ahead and show you the guitar that we installed them in.  Here we are, we have got an Agile Al-2000 and it is a gold top model.  As you can see here are the pickups installed!  The pickups did come with black surrounds but this particular guitar already had cream surrounds so we just went ahead and swapped out the surrounds because obviously it looks better with all the other cream hardware on the guitar and the cream binding on the guitar.  So this is what they look like in the guitar and I think they look pretty good so let’s check out what they sound like.

We are going to go ahead and test these suckers out.  We’ll go ahead and play a few licks on the neck, on both and on the bridge.  We are playing through a VOX valvetronixs amp on the damaged setting with lots of gain and lots of reverb so lets see how it sounds!

I like the neck pickup better and find the bridge pickup a little bit muddy with distortion.  However, some people might like it more for soloing as it is muddier or softer and creamier sound but for playing power chords or rhythm I think I prefer the neck pickup.  Anyways let’s try it in clean sound.  We will go through the same exercise and play some licks on the each pickup and then both together so we will start on the neck.

So our review is that for $15 you really can’t go wrong on these cheap guitar pickups.  Actually on the clean sound I think I prefer the bridge pickup because it seems to have a much fuller sound and I prefer it for the more jazzy or bluesy stuff whereas the neck seems to be too thin.  It is funny though because I prefer the neck pickup for when playing with distortion.  Final review for $15 get for it and buy them.  I would recommend it but worst case scenario is you either swap our the neck or bridge pickup for something else depending on how you play but for $15 no big deal.  I have had these pickups in my Agile guitar for a couple months and I have been really happy with them.

Go ahead and click on the link in this post to go buy a set of these pickups.  Thanks for watching and make sure to subscribe.  If you purchase a set of these let us know what you think.  See you next time! 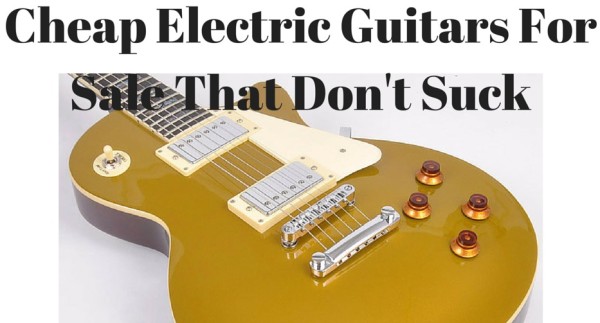