We thought we would try to keep Friday’s light and fun around here so as much as we can we’ll try to post something that we find fun.  For today we have found this epic and awesome video!  Speed Kills so we hope no one gets hurt watching this video!  As Michael Angelo Batio, the guy in the video says, ( I know what you are thinking and yes that’s his real name) “I’m going to give you the keys to the Lamborghini!”.  Right of the bat we knew this was going to be an epic video as soon as he said that.

He may look like the stereotypical 80’s hair metal rock guy but we have to admit his skills are pretty impressive.  That being said there is something about this video that makes us chuckle inside…okay maybe laugh out loud!  Michael takes the stereotype of the metal rock god and turns it up to 11!  Secretly we wish that we didn’t care enough about what other’s think in our 9 to 5 day jobs and could freely rock the image that this guy has.  Ah well, we will just have to vicariously live through guitar legends like him!

Whereas other guitar legends have evolved, grown up and cut their hair this guy has remained pure and untouched as far as 80’s hair metal guitar shredders go.  And what kind of electric guitar is that?  It looks like something out of Mad Max!  In another video he is playing a guitar that has four necks all going different directions.  At one point we swear another set of arms comes out of him and he starts playing hammer-on’s on all of them.  If anyone made a deal with the devil to play guitar we think it was this guy!

We know we will never be able to shred as fast as this guy so we bow down and say “we’re not worthy”.  Thankfully he has made this video so that all of us guitar mortals may bask in his glory but be careful and don’t stare directly at his hands…cause SPEED KILLS! 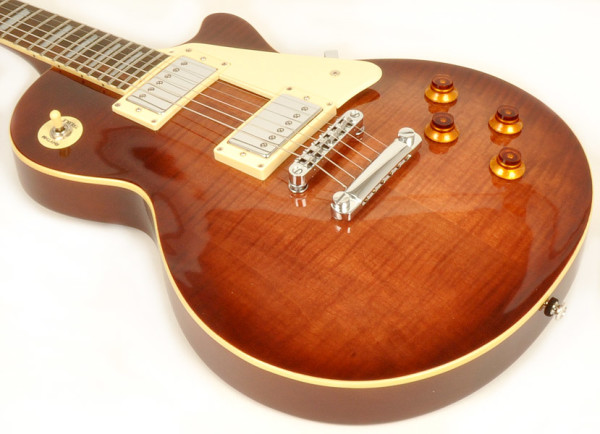