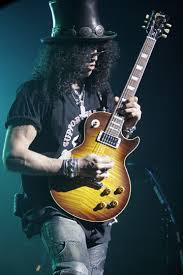 Like many of you I have always been a fan of Slash’s guitar playing.  I know he is not the greatest guitar player that ever lived but there is something to me about his sound.  It is very distinct and unique.  Naturally, I like to follow the, albeit not too closely, going’s on of Velvet Revolver and Slash’s solo projects and such.

Obviously, Slash is most well known for his time in Guns’n’Roses.  Once in awhile I pull out Appettite and fire it up.  It takes me back to when I was about 13 and my family was visiting Disneyland.  We were staying in a hotel near the park and I remember listening to the radio on my walkman and Paradise City came on.  Not being from California and even though I wasn’t in Los Angeles at the time, as I looked out from the balcony over the Anaheim landscape something visceral cam over me.

Naturally, when I heard that GNR had been inducted into the RRHOF I was as curious as anyone about all the rumours of whether or not the original members would reunite to perform for the event.  Alas, it wasn’t meant to be as Axl Rose announced he would not attend a few days before the event.

Even though it would have been awesome to see the original members play again and everyone wanted to see it when I sat back and thought about it, it really became apparent to me that Axl really had no other choice but not to participate.

Why?  Well because participating would have gone against Axl’s badass nature.  It would be one thing if Axl was no longer in GNR but that isn’t the case.  Although a bastardized version of GNR now exists, the fact is it does and Axl and the band tour extensively.  If Axl participated in the RRHOF event and played with the original members it would have signalled the end of the present GNR.  Evidently, Axl really loves this edition of GNR and is unwilling to give it up.

Even though Axl did not participate the other original members minus Izzy Stradlin, did play a few songs and it was actually pretty awesome to see.  Check out a clip below.

Not bad huh?  The boys are still pretty tight!

Now if you really want to see GNR in their prime check out the video below of GNR live at the Ritz in NYC.  This truly shows the genius of GNR and Appetite For Destruction.  This was shot probably in 88 and really shows the band at their height before all the drama and drugs took there toll. 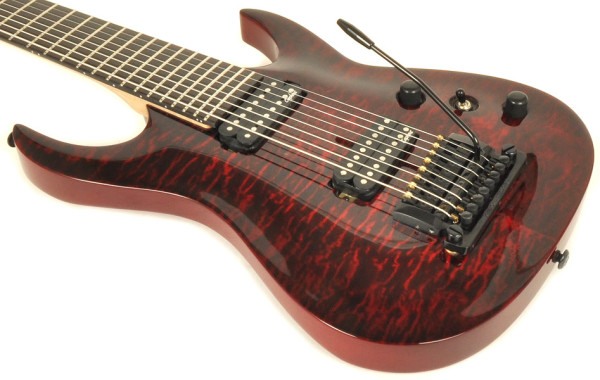