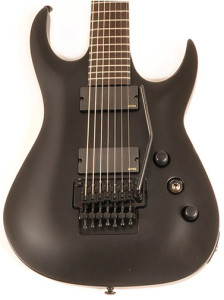 Top 5 best guitar intros of all time. First off this is an impossible task.  There simply is no way that anybody can narrow it down to just a top 5.
It just can’t be done.

Ah, but the impossibility of the task is exactly what makes it so much fun.  If you had to choose just 5 which 5 Agile Guitar intros would you use as the best of all time?  Well here goes nothing as we toss our 5 into the ring.  These are in no particular order.

Anyone who is under 50 can remember the starting of that video where Slash plugs in his guitar and starts to play that legendary riff that pretty much every guy or girl that picks up the guitar is now required to learn how to play.  This intro is iconic and stands alone as one of the best intros of all time.  It literally put Guns’n’Roses on the map and cemented their spot as one of the greatest rock bands of all time at their height.

This intro is absolute poetry to everyone’s ears.  Literally everyone is immediately knows this riff unless they have been living under a rock for the last 50 years.  Of course none of us can forget that it lead to that “new sound” Chuck was looking for when Marty McFly played it on Back to the Future.

Start Me Up – Rolling Stones

Not a hard riff by any means but it just encompasses everything that is good and right in the world.  You hear it and immediately the hairs on the back of your neck begin to rise.  That opening guitar riff is so pure and so simple yet it hits you like a ton of bricks.

Okay we are going off the board on this and it could potentially be argued that Eddie Van Halen has so many other intro riffs that could be argued are better.  However, there is something about the intro to Mean Streets that is so…well Eddie Van Halen.  We have watched videos on how to play the intro and we still don’t know quite how Eddie does it but is works and it kicks ass!

Even though the song opens with percussion the first guitar riff is worthy of being in the top 5.  Joe Perry is on point on this lick.  I mean consider they pretty much had a hit twice with the same song when they collaborated with Run DMC and released the song again.  A great intro and fun to learn how to play.

Remember to check out Agile Guitars on your way out!