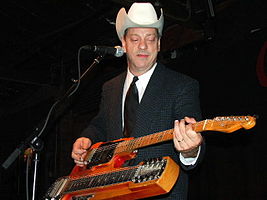 Junior Brown is a one of a kind; A guitar trailblazer that is often overlooked. He doesn’t fit into any of the conventional notions we have of a stereotypical guitar slayer.  Maybe he is not so much underrated as under appreciated.  This may be because he predominantly plays country music or perhaps it is because he doesn’t just play the guitar but rather he plays the guit-steel. However, when it comes to slinging the axe, Junior Brown is a bad man and we think he should be considered as a national treasure.

Jamieson “Junior” Brown was born June 12, 1952.  He was originally trained on the piano but after finding an old guitar in his grandparents attic he couldn’t put it down.  As they say, and the rest, is history.  Junior always had a love for country music but when you hear him you can tell that there are heavy blues influences in his playing.

The Guit-Steel is Born:

The guit-steel really came out of necessity.  Junior loved to play both the table steel and the guitar in his shows.  One day he got the idea to marry the two together.  After contacting the great luthier, Michael Stevens to build this monster, his dream became a reality and the guit-steel was born.  Now through a joint venture between Junior Brown and Michael Stevens you too can have your very own guit-steel for the low cost of $14,500.  Dang!

Even though Junior Brown has been labelled a predominantly country music artist his music is so much more than that.  Yes it is country but it is also blues, hillbilly and rock.  Junior Brown simply kills it on the guit-steel and the humour he inserts in his music really compliments his playing.  If you ever get a chance to see him play live don’t pass up witnessing the genius of this American original. 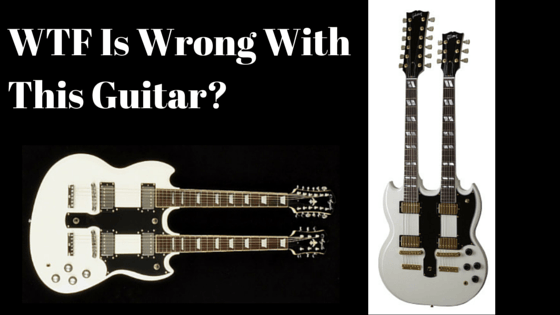