Guns’n’Roses To Play A Whole Tour

As many outlets are reporting over the last couple of days there is a new recent picture circulating around the internet.

The picture in question is the most recent of Axel Rose and a fan that happened to be in the right place at the right time to get the photo.

The picture was taken in Atlanta a couple of days ago and shows Axel Rose with Mark Guglielmo.

Check out these cheap electric guitars for sale! 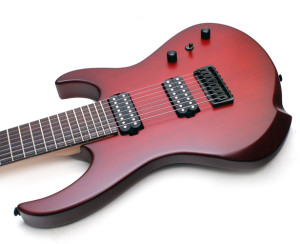 As Guglielmo tells it he commented to Rose that he “wished him luck” with the upcoming handful of shows scheduled this spring.

Reportedly, Rose replied that the band is actually planning to do a whole tour which would suggest more dates being announced in the future.

There is also speculation of new Guns’n’Roses music to be released in conjunction with a tour announcement.

It is unclear at this time if the this new music will materialize or not just based on the fact that the last time the band announced a new album it took over a decade before it actually got released.

What is really kind of comical about all the hype about this picture is that Guglielmo speculates that Axel looks like he’s been working out a lot and his arms looked muscular.

Take a look at the picture for yourselves.  We think it is great that Axl has been working out and hope that he indeed has been.

Nothing would be better that an Axl in peak physical condition so he can deliver his best performances and endure the rigours of touring.

However, if we are just going by the picture that was posted as evidence that Axl looks like he has been working out and his arms are really muscular than we look like Arnold Schwarznegger in his prime!

Perhaps it is just a bad picture of Axl. We hope he really is in great shape.

We think it will be tough for a lot of old GNR fans that were not fans of the new GNR era and that didn’t pay attention to that era that have come back.

The Axl they knew is long gone.  Really it is not Axl’s fault as father time catches up with us all

Even if Axl, Duff and Slash an capture a little bit of what they once had that made us all love them so much we are sure the shows will be awesome!